The bulkiest category within the micromuseum is vinyl. About 800 items. This is the first one I actually bought back in the summer of 1971 while I was visiting my sister in London. I bought it from HMV on Oxford Street. It was something I wouldn’t have been able to get in the North-East where I lived at the time. 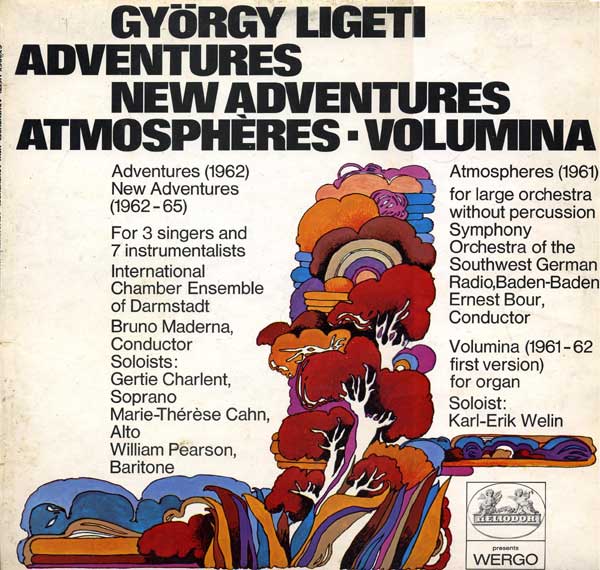 Most of the music I listened to at that time was on the radio or something I had taped from the radio. The piece of Ligeti‘s I’d taped was Lux Aeterna and I thought it was about the best music ever at that time. I might have had some more of his stuff but that one stood out. Somehow I’ve never actually seen the film 2001: A Space Odyssey so I didn’t know that Lux Aeterna and Atmospheres were some of the most heard pieces of contemporary classical music (for want of a better description) ever. I’m always interested in the fact that people can accept certain types of music as soundtrack to a film which they wouldn’t care to listen to without the visual element (especially if they have no memory even of the visual element).

Ok that’s the first one I bought, but the oldest member of the archive is this. 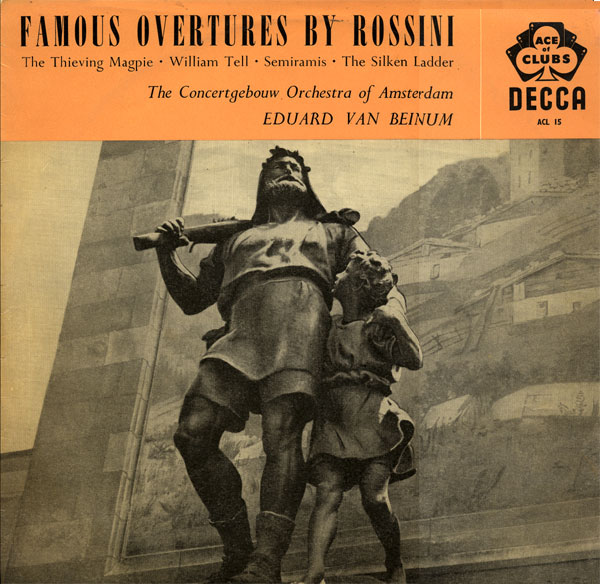 That’s not necessarily the oldest item in that I might have bought something older second-hand since then. In fact, it’s just the oldest survivor. I had more vinyl given to me before then, but it’s all now gone. I remember in the mid-sixties, my father bought a new turntable and it was the first he had which could no longer play 78″ records. To celebrate he joined in with my brother and sister and I and we smashed up the whole collection of 78s. In retrospect a mistake although I’m glad I haven’t been carrying them round with me all those years since then. I wonder how far they have regressed to natural mineral elements in some landfill somewhere in North Yorkshire. Probably hardly at all.

Actually Ligeti means a lot more to me than Rossini, but those are great overtures. La Gazza Ladra in particular means a lot to me. I can almost feel another Tintin post coming on.