Here’s another book for the micromuseum. This is a collector’s item selected for me by a collector, my old friend Nick Fielding, who I haven’t seen for years but one of these days… I’ve known Nick since we were both students and soon learned of his ability to spot collectible items. I think it must have been a birthday present and can’t remember him ever giving me anything else though he probably did but it wasn’t a collectible item. It’s a book which is called Paris Salon 1893 (or something similar) and is a catalogue of pictures and sculptures for the exhibition that year at (as the titlepiece shows us) the Champs Élysées Grand Palace. 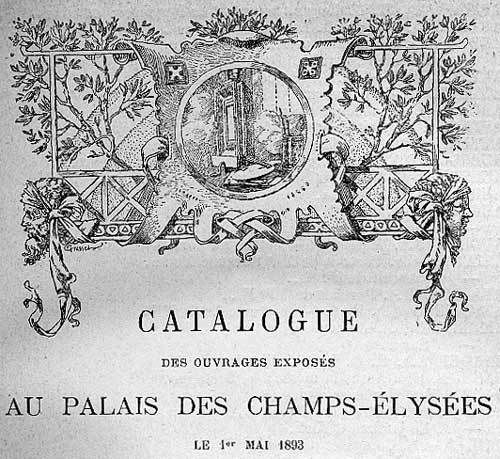 I have selected 3 pictures to represent what was on display. There is a great deal of variety and by no means are these necessarily typical, my reasons for selection are as usual totally selfishly whimsical. Here’s the first. 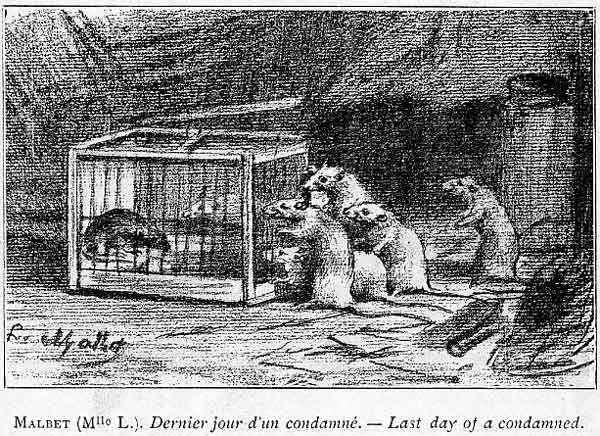 Aurélie Léontine Malbet’s touching foray into the world of the rat apparently was not unusual for her as you can see if you follow this link to an image of her exhibit for the 1888 salon. But female artists were definitely unusual for the late 19th century salons. It would be pleasant to find out more about Mlle. Malbet’s life and work, but she is somewhat obscure. This thirteen year old notice of a sale at Christies in New York suggests that her work may be worth investing in. 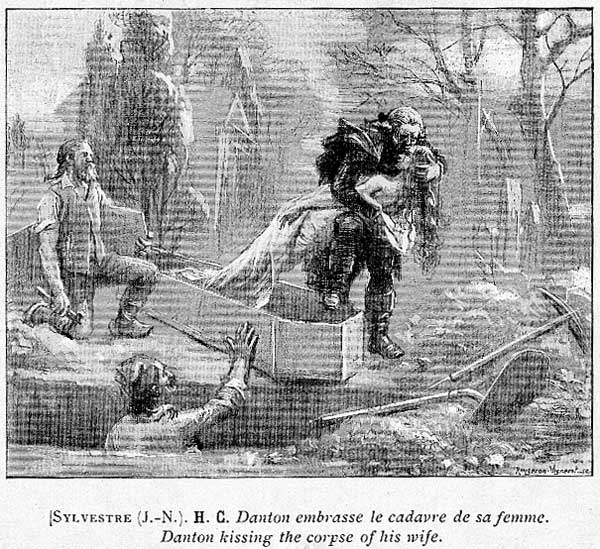 The 2nd picture shows that image reproduction left a bit to be desired in those days. Again it’s a bizarre subject. Danton was one of the leaders of the French Revolution, responsible for sending many to the guillotine and ending up as victim himself. It seems he was devoted to his wife and after she had died while he was away (possibly visiting the army?) on his return he had her body dug up so that he could see her one last time. As far as I know, it is not recorded whether he regretted having gone to that extreme. I don’t know how long she had been dead but unless she had somehow been purifyingly embalmed in some fashion, the body would have been stiff and starting to decay. It’s not the way I’d like to remember somebody.

The artist, J-N Sylvestre can also be found on an auction lot, ten years old in this case. Not quite as valuable as the Malbet but if an ancestor of yours had bought it for a few francs 120 years ago, I’m sure you’d be happy to sell it for a couple of thousand euros. 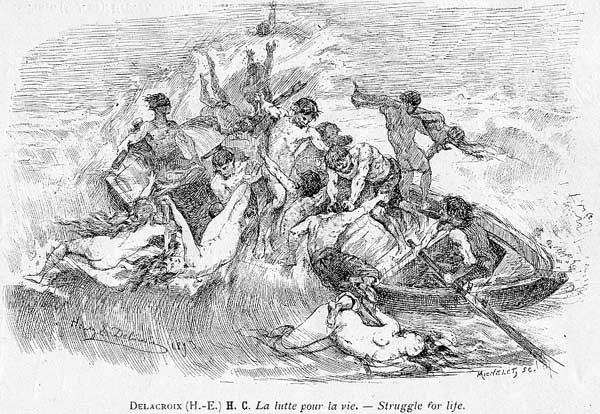 Finally this is a picture by probably the best-known artist today of the 1893 salon – Eugene Delacroix. I’ve not got anything to say about this picture. I’m reproducing it purely as a sort of prelude or precursor to a future post I intend to write related to one of Delacroix’s famous paintings – the Raft of the Medusa.