i think i’ve pinned it there but don’t blush. derogatory whispers split infinite commands of rectitude. skies consonant and irregular at quavering times to drift nonsensically towards the plains of contusion.

guitars voices and a solitary saxophone resplendent with guttural perches strapped on and blending into darkened vortices of sick – sicle – syphon – ssss.ansidote

thanks to bbc creative licence for all the clouds

the rest is silence 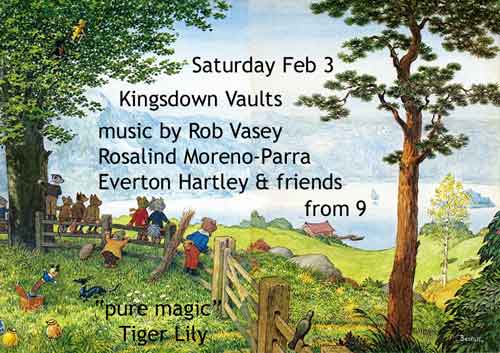 we hope you can make it. please spot the deliberate mistake on the poster which I’ve only just been made aware of. presumably pleading insanity will get me knowhere.

I’ve just put a version of my song Wishing Well on youtube and I thought I’d link to it here because that’s the sort of thing you’re supposed to do. I know there’s a lot more other stuff that I’m supposed to do as well, but one step at a time – that’s my motto.

The music was recorded at my place shortly after taking some footage at a gig where we couldn’t get decent sound recordings. That was about 3 years ago. It’s been sitting around and now I’ve finally done something with it. Instead of the gig footage which I formerly used before in my video for Children Of The Sea this is some seaside variations.

Wishing Well was written in 2009 and not longer after I recorded a demo version which I put on youtube with a more complicated video than the one above. This isn’t anything that special but I’m not sure I’d have the energy any more to do the editing that I did for it.

Finally I’d just like to say that the next film version will be a full length feature film. This is the cast we have lined up :- 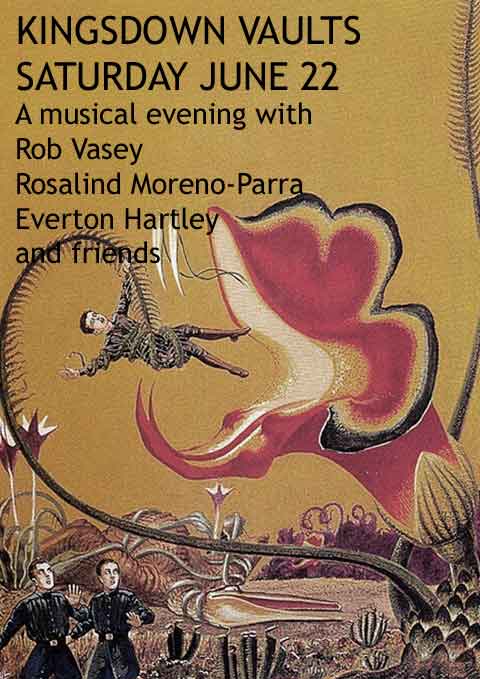 Poster image by Frank Paul. I reduced the luridness of the colours mainly in an attempt to save on printer toner.

Here’s the artwork for the new album in case you buy it from Itunes. 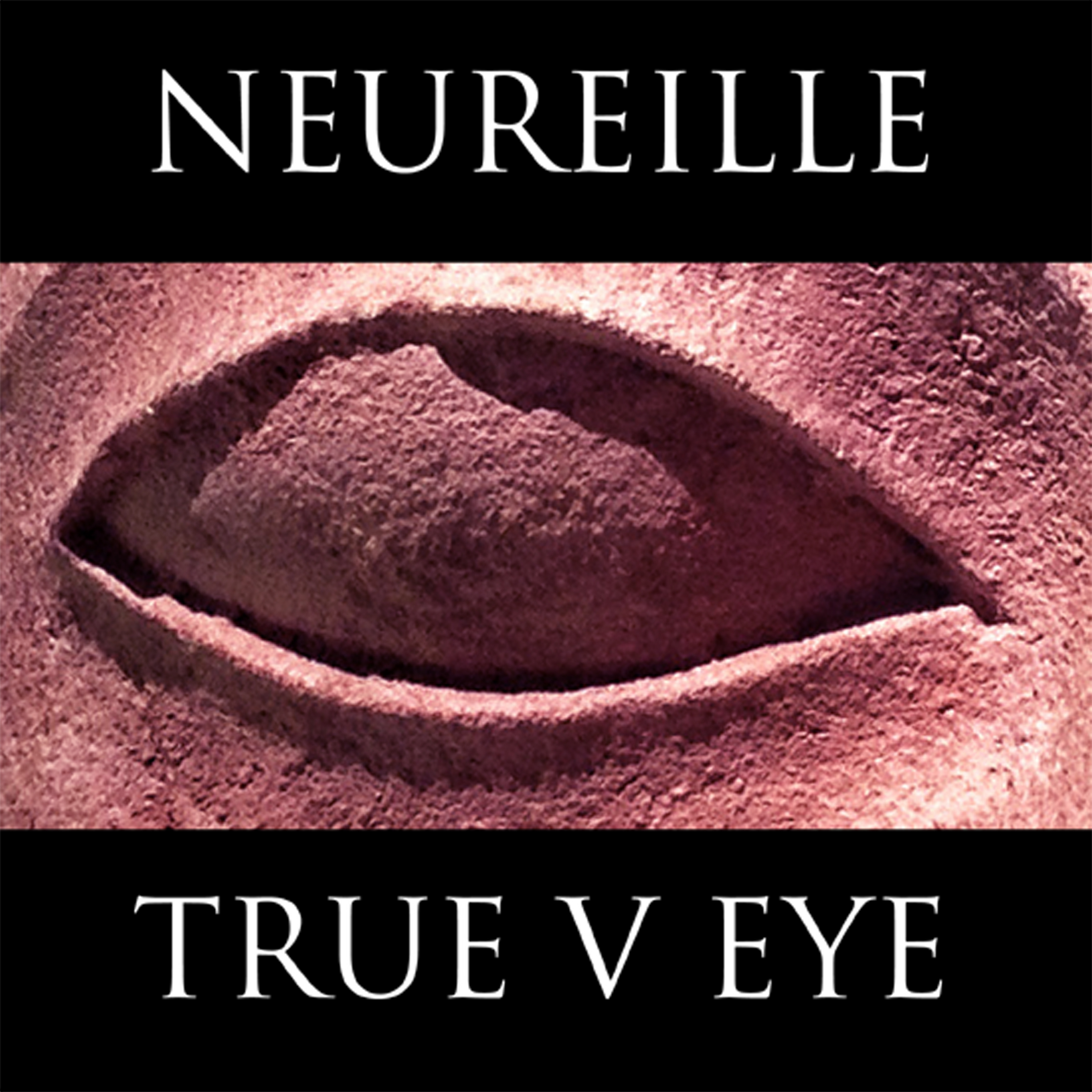 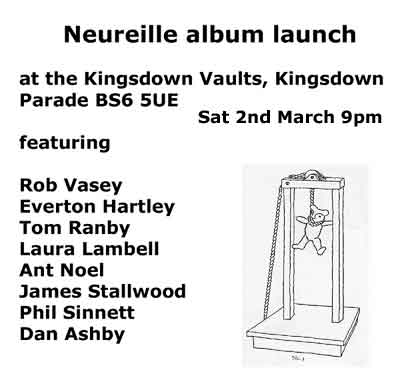 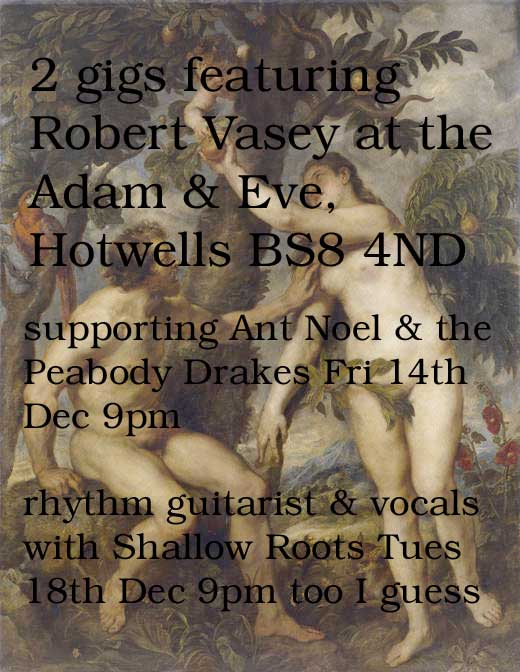 I am halfway or more through my new album which I won’t name yet, but I thought I’d do a quick creature head count.

a flesh hound (whatever that is)

Eventually I’ll do a whole thesaurus of the animals, birds, fish etc. that populate the world of my song lyrics, not to mention the trees, flowers and assorted inanimate objects. When I am ill and lie abed with 2 fat wishes I’ll be fed and let the leaden moments pass each choosing singly their own path.

Instead of a basic guitar/bass/drums core the new songs are underpinned simply by 2 acoustic guitars. There is a 10th song which won’t be on the album but is a new version of an old song and this moves matters in a further fish like direction. Everton Hartley as always is the 2nd guitarist. We also recorded a dozen or so minutes of the instrumental music that we play together under the name Ashinosya. Here’s an excerpt from that to give you a flavour of the 2 guitars by themselves.

I noticed the other day that some nice person had put up a comment about a song of mine on Itunes which is called Coathanger. They say it would be a good song in an 80s Italian zombie film. I’ve just added a page to this blog with links to buying various songs of mine on Itunes including this one, which I’m linking to here. The song features myself on guitar and vocals, Paul Wigens on drums, Jeff Spencer on bass and I think the backing vocals are Jo Swan and Jeff.

Actually I prefer the demo version of the track which I recorded in October 2007 shortly after I’d written the song.

Here it is and below is what I wrote about it at the time.

But first – if you have any plans of making an Italian zombie film – please get in touch.

I was working on the music for a possible song a few days ago and when I’d finished it and played around it with it a few times I realised that somehow I had gone back 30 years or so to about 1978 and written a Dry Rib song of that vintage. So then I had the idea to connect the words for the song with Dry Rib and make it in effect a song dedicated to the band.

There are a lot of obscure references to old songs and sometimes their lyrics. It’s a bit of a cryptic puzzle. It’s called Coathanger and I will explain that because I don’t think anyone else will know what that is about. In the early days of the band there was a song we did of mine which was called Cancer. The music was quite reasonable and the lyrics owed a lot to Vintage Violence/Paris 1919-era John Cale. For example,

And I, my heart, was with those gallant crewmen
As was the heart of every mother’s son
Yea and daughter too, I swear it, in the town

But right at the end of the song there was a repeated refrain :

And you aren’t anything other than a coathanger

It was probably that bit that led to the song being dropped so I think it is absolutely fitting now that I should resurrect its essence as a chorus and title.

The music put me in mind of Syd especially the instrumental link section between the end of the chorus and the start of the next verse, so I also put in a tribute to him with the snippets of my voice from a very old cassette tape of a rehearsal.

That’s the end of the bit from 2007 but I’d just like to add that the tribute to Syd Barrett in the other version of the song is the guitar solo at the end.