When I was in the sixth form in school it was in Redcar in the North East. The only cool place you could go for a change of scene was the town library which was a brand new building and was certainly the only thing that came close to good modern architecture in the area. There was a lot of natural light, a cafe, some plants and possibly a water feature in the middle somewhere, my memories are vague. A few of us use to hang out there sometimes and whilst doing so we might look at some books. One of the books we found there became an obsession for us for a while. It was called Musrum and was produced by Eric Thacker and Anthony Earnshaw. 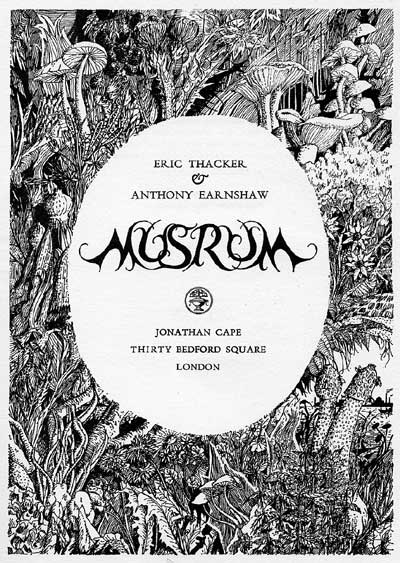 The eponymous hero is a mixture of Merlin, Mohammed and Julius Caesar. It is a satire of history and mythology which is also an ode to surrealism. Most of the words are by Thacker, who described the book in an interview once thus,

Musrum is a demi-God who is King of Intersol. He has a Garden of Eden and a Tree of Life and there is an Adversary called the Weedking, who naturally coverts it. There’s a Creation, a Death and a Resurrection, a Holy War, a Messianic Banquet.

Earnshaw did the graphics and you can a get impression of the guy from his website linked above. Rather than write about him here are a couple more images. Firstly one of several map-related pictures from the book. 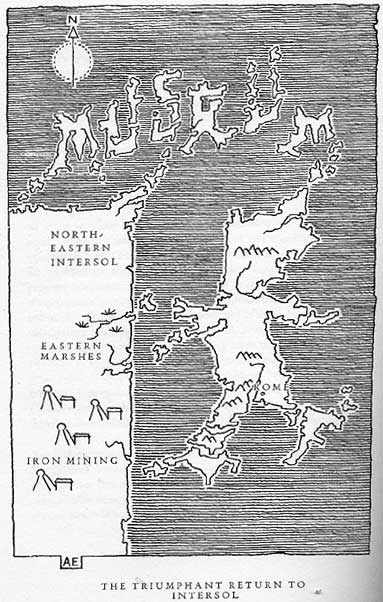 And here’s one of the more macabre images which bear some similarity to themes from Gorey. 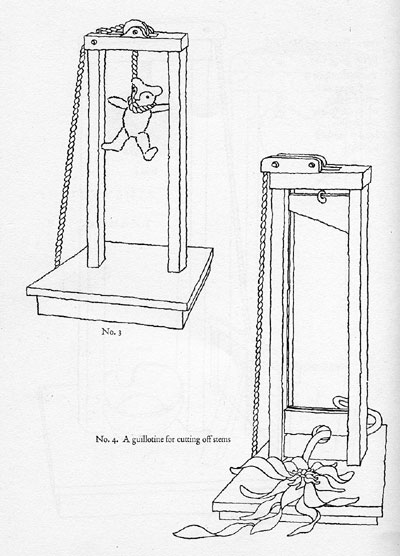 That’s all for now but some time later I will write a bit and show a few more images from Musrum’s sequel Wintersol.

One reply on “Musrum”

[…] They inhabit a series of interlocking spaces within the musroid world, i.e. the world devised in Musrum. The musroid world is a headstrong replica of the world we know constructed on the principle that […]