Here’s another thing I wrote years ago approximately 1980 but the illustrations were done last month.

Reclining in cars – the odd word stuck into the cream-pie of conversation – while outside – bloated fish swim belly-upwards in opaque canals. 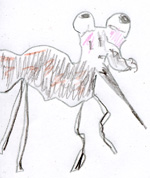 Perfume in cold tightened corridors, dripping downwards, forming pools, crystalling, lit up by cigar-lighters, fumbled and then dropped, burning through the floor and down through the world, the underworld, out the other side, a long way down.

Whistling at windows and shunting in cars, little self-conscious taps of the feet, dripping half-rhythms trickling aromas no nose can smell. 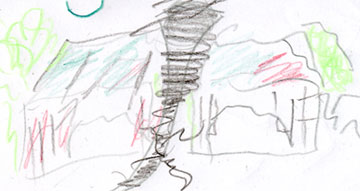 Rivers like grins, crescent or twisted, sticking into bays, then starting out again. 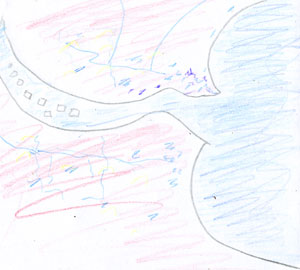