The story of John Lane and his starting of a publishing dynasty, which is in my opinion one of the great monuments of the last 100 years in the history of the country which has the difficulty of being prone to doubt about what it should be called by natives such as I and is the one I pertain to, is an interesting one. The creation of Bodley Head publishing company by someone who came from a Devon farming family and had been a low-paid railway clerk before he penetrated the world of books is enough in itself but the fact that his sister’s son, Allen, took over from his uncle and then went on to found Penguin deepens the significance.

I look forward to a future history which will discern that rulers and governments hardly matter at all. They try to take control of a system which is like a racing steed, bucking furiously in a constant attempt to throw them out of the saddle. Instead it is men like John and Allen Lane whose lives and cultural achievements are far more important in the development of human life/society. 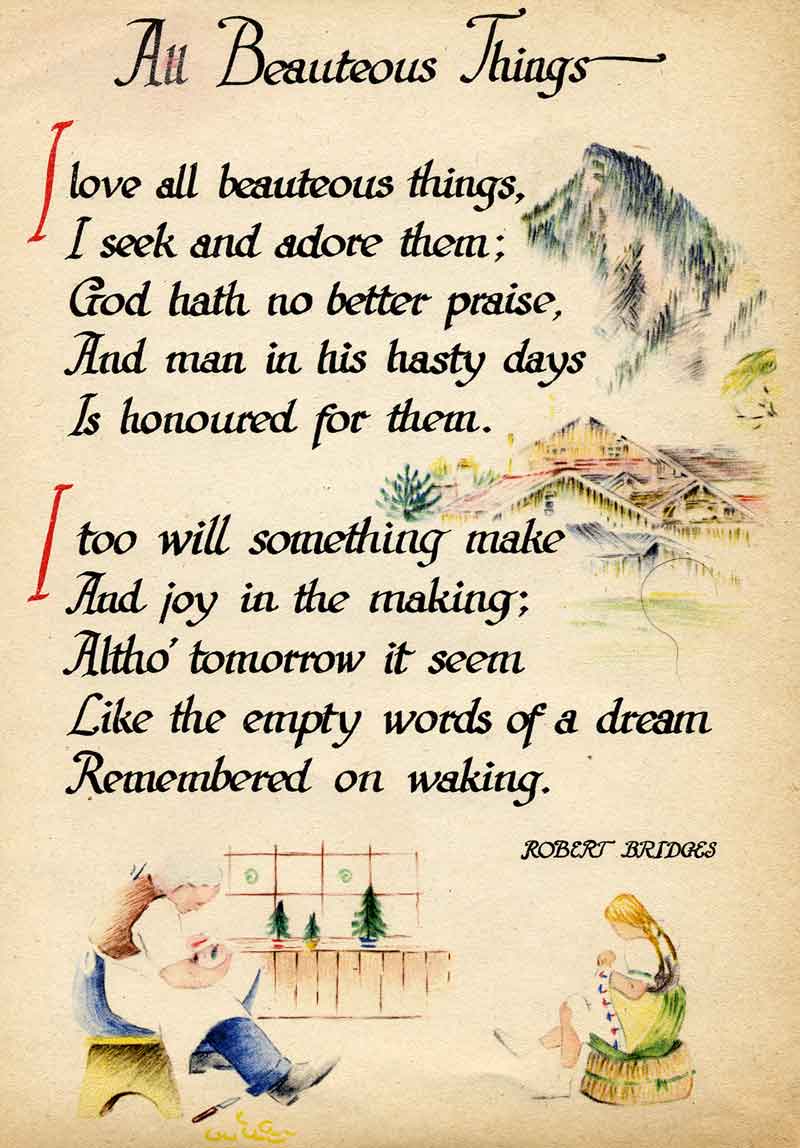 The images from this book, Stars and Primroses constitute this micromuseum instance. Published by Bodley Head in 1945, my edition is from the 1947 reprint. The first reprint and possibly the only one. It was made and printed in Holland by L Van Leer & Co. By this time John Lane was long dead and Allen had left to start Penguin in 1935. But this is still a classic of children’s poetry anthology compilations. 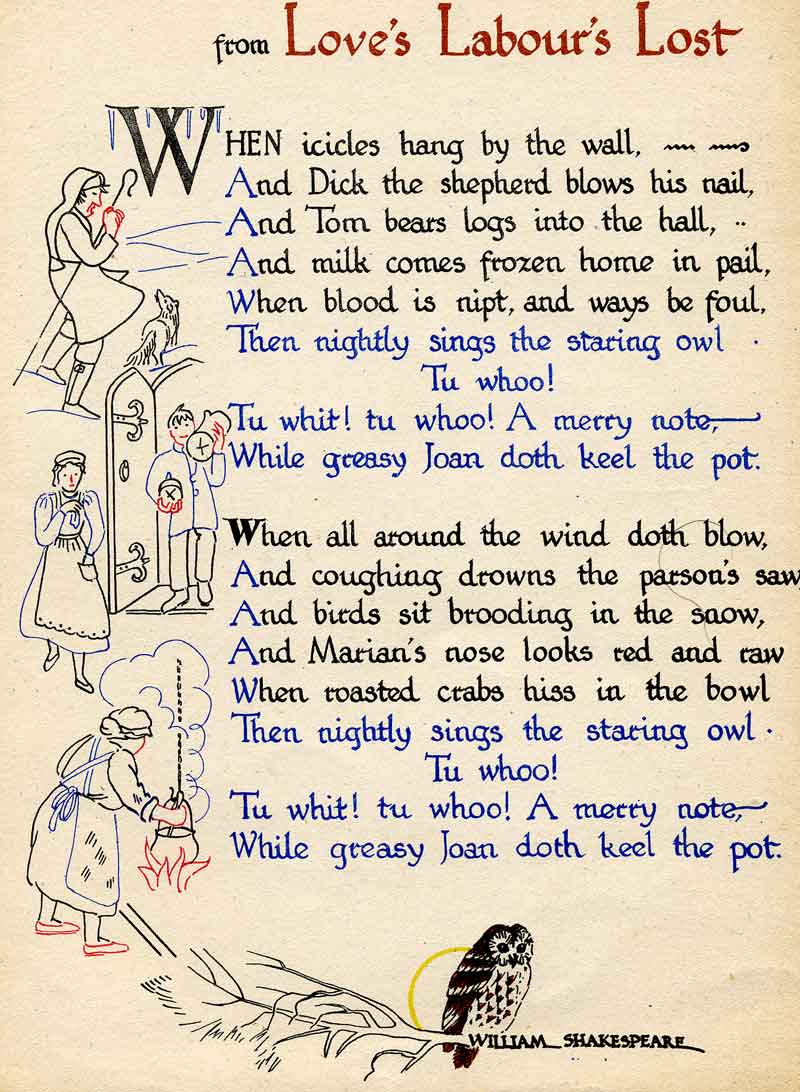 It’s by M C Green who chose the poems (presumably) and certainly lettered and illuminated them. My parents’ first child, my brother, was born in 1948 so they probably didn’t buy this book until at least that year, quite possibly later. The book today would be classified in an over 8 age group category at least, but back then there weren’t the equivalent of baby books we have today, which are designed to handle violent laying of hands on and to provide simple concepts. These were books designed for the tastes of the parent rather than the child. For the child sometimes the tacky is as formative as the sublime. 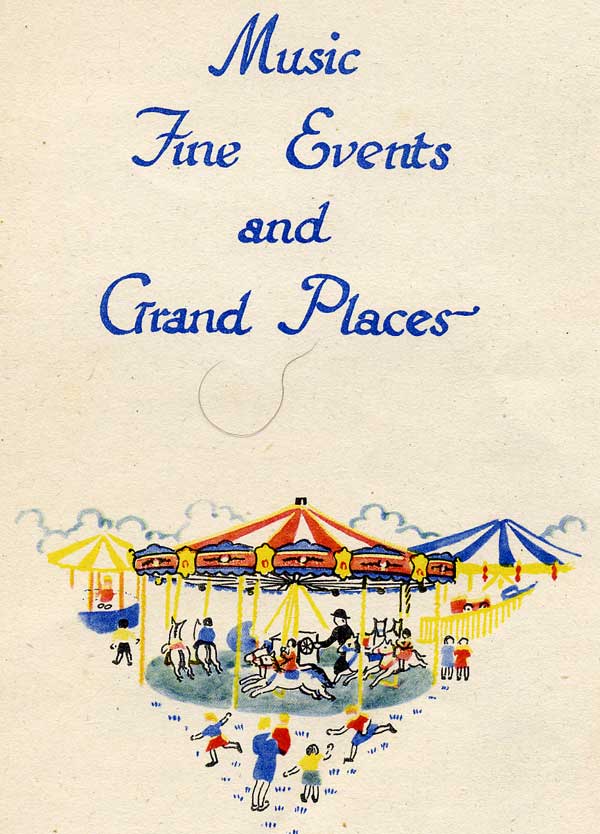 This book is a little battered and the covers have been attached by sellotape which has now stiffened and dried out, in fact I’ve removed it and have a front cover, a rear one, and the stitched together 62-odd pages as 3 separate items. I am reluctant to apply new sellotape. Maybe a solution will arise some day. Luckily the other M C Green volume I have which is called Magic Lanterns is in better nick. It is dated 1949. I make no assumptions based on these facts. I am one of those people who have never mistreated books, though in my late teens I went through a period of writing things in the margin of books, usually ones that I was studying at school and had to write essays on. But always in pencil, thankfully. Generally I think that people who underline passages in library books are 1 step away from doing away with small animals for kicks and then the next thing you know they’re serial killers. 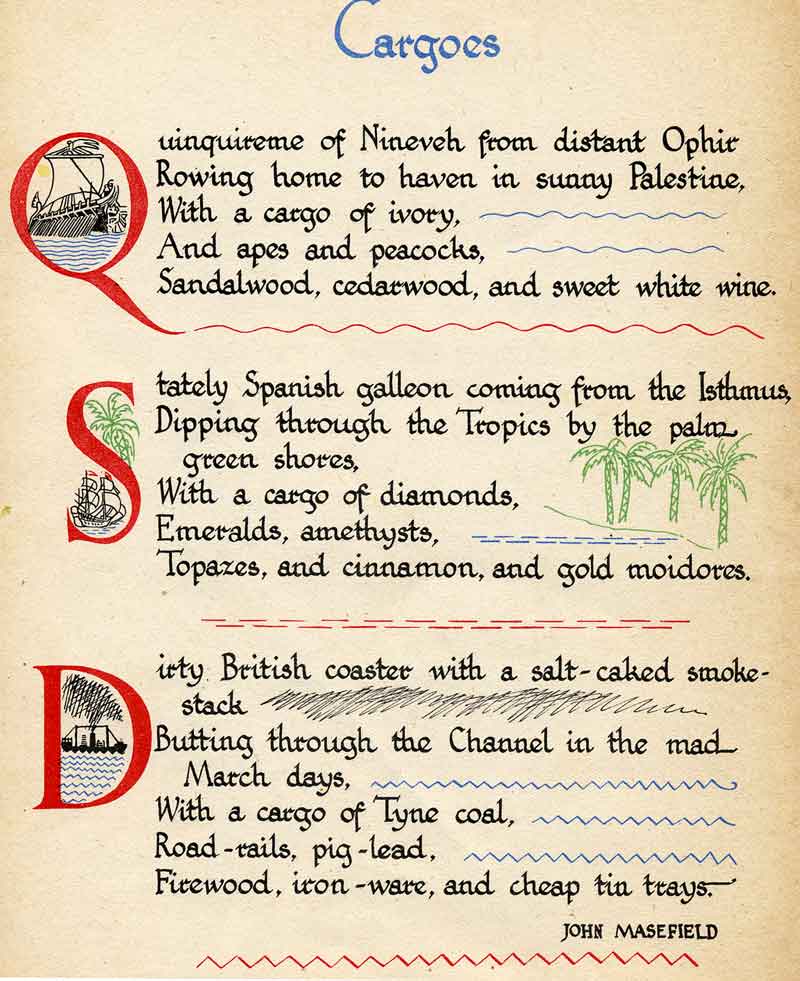