In my last Nonsense post I pondered briefly on a darker stream to the theme with the works of Alfred Jarry. Darker too are the works of the man who in my opinion is the greatest successor to Lear and Carroll to have appeared in the twentieth century, Edward Gorey. In fact Gorey was able to reveal that the darkness was already inherent in his earlier master, Lear. Take, for example, his interpretation of one of Lear’s great poems/songs/verses The Dong With The Luminous Nose. 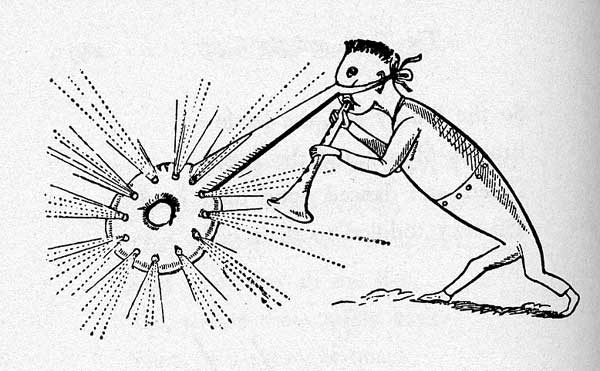 Lear’s own drawing presents the Dong as rather a fun albeit anatomically impossible figure. As the character admits himself

But what is eccentric quirkiness in Lear, is stretched by Gorey to a foreboding sense of manic obsession. Here the Dong has completed his luminous protuberance and prepares to try it on. 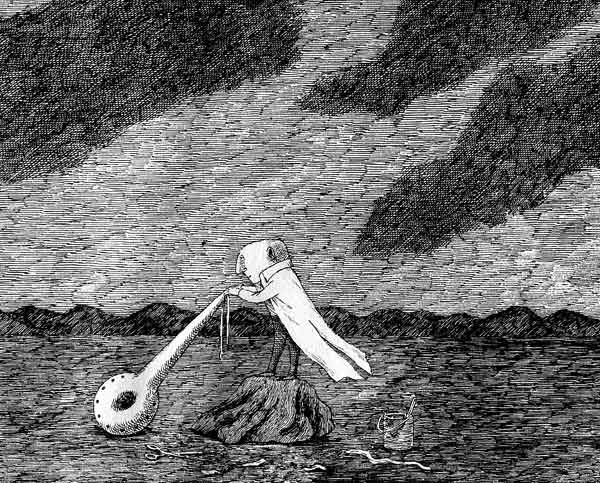 And here he wanders lovelorn lost in a dark bleak landscape under the black clouds of sadness and loneliness. 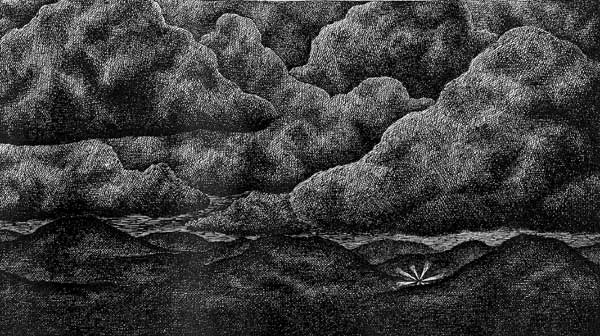 Much of Gorey’s own work is of course much darker still and I will consider some of that in a later post.