Further to the recent recipe for quince syrup cordial I am following with another recipe – this time for Gosky Patties.

Take a Pig, three or four years of age, and tie him by the off hind leg to a post. Place 5 pounds of currants, 3 of sugar, 2 pecks of peas, 18 roast chestnuts, a candle, and 6 bushels of turnips, within his reach; if he eats these, constantly provide him with more.

Then procure some cream, some slices of Cheshire cheese, four squires of foolscap paper and a packet of black pins. Work the whole into a paste, and spread it out to dry on a sheet of clean brown waterproof linen.

When the paste is perfectly dry, but not before, proceed to beat the Pig violently, with the handle of a large broom. If he squeals, beat him again.

Visit the paste and beat the Pig alternately for some days, and ascertain if at the end of that period the whole is about to turn into Gosky Patties.

If it does not then, it never will; and in that case the Pig may be let loose, and the whole process may be considered as finished.

This is provided by one Edward Lear who certainly didn’t invent Nonsense, but managed to produce great quantities of it and called it such as in his

As long as people have dreamed then they have been aware of nonsense. Ancient literature teaches us that dreams to people of those times didn’t have no sense but rather they had hidden sense that could be unlocked by a gifted dream-diviner. It’s a question of belief. Most people these days accept that dreams or indeed real life can be nonsensical. We are well-trained to recognise and enjoy the trappings of Nonsense.

My House is Too Little to Live in;
Oh! What Would I do in a Flat? 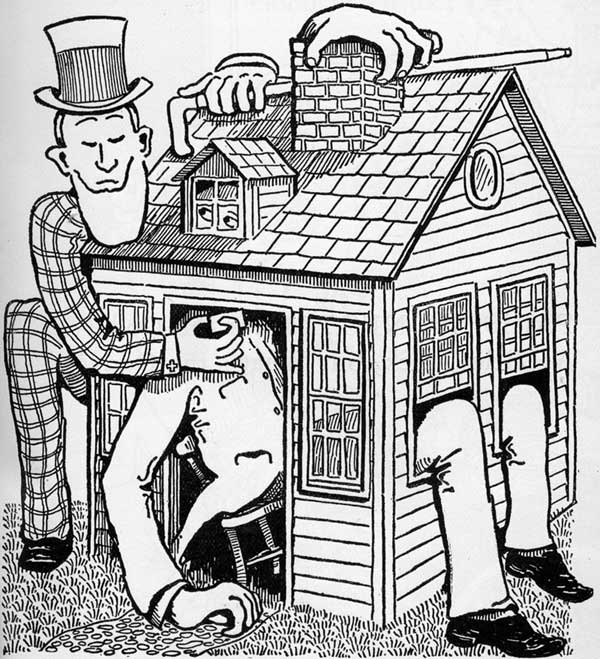 With a Bore for a Caller
It Seems even Smaller;
There’s Nothing so Strange about That!