We grew up quietly and almost supernaturally. Mother never allowed us to eat at table. Father ignored us largely.

I’ve had enough. If it isn’t you following me and repeating everything I say like some sort of echo.

Don’t deprive me of my crutch. Give it to me.

Wishbones – I’ve seen plenty but I never thought I’d break into this sort of sordid scene. Imagine you’re listening to the radio. Outside it’s pouring with rain. You’re recovering from a serious illness.

Pay attention, this concerns you. At least I think it does. Were you in the sports shop last Saturday?

A vast and ungainly vacuum-cleaner has drifted from the western littoral leaving countless debris in its wake.

I am known to my friends as Hilgarth. They look on me as an unconditional protector steeped in the ways of the Hunswitch and ideal for the purpose of distraction. Their simple legends tell most often of a roaming wolf who knows all the tongues of the Helterland.

Everything you say – every little syllable – would stick in a decent young girl’s throat… and probably choke her.

Lowly as I seem…

He tempted her with sweetmeats and all fine delicacies – softening her palate and ruining her complexion.

Have you been out half-way up the hill before breakfast again?

Did he say “depraved” or “deprived”?

After I had grappled for about half an hour with six of them I managed to escape during a torrential storm. Half of my cheek was hanging loose. Later an old seamstress sewed it back up. But it was then that I knew I had lost my radiant beauty, which had, needless to say, until then, been my livelihood. So that’s what made me take up golf. Seriously, that is. I had played before. But with more enthusiasm than effectiveness.

A calling! What calling?

Draped in some sort of luminous tent. 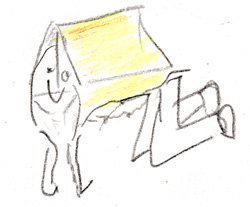 Here come and have some of this soup. And here’s some for you. Take it Tarvle – there’s plenty left in the bowl for me.

I’ve savoured something of the Natile hospitality before, so I know what’s required here.

So he went up to the window of the motorcycle accessory shop and before I knew what I was seeing he put his lips to the glass and it was like he was sucking it all in – all the glass, that is.

My chilblains, of course.

A corruption of an earlier text, blown up to an exact size and then left on a suitable doorstep. Could we have asked for more?

On a grey bench, in a park, on a sunny morning. That’s when it happened.

After all, it’s not unlike your face – and you would never describe yourself as burnt-out, would you?

See where yonder white lodge breaks against the morning’s stillness. Behind you will find a boathouse. A craft awaits you there. 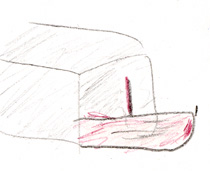 How should I know? I saw him passing through the conservatory, but I certainly didn’t ask him to remove his footwear.

A slow, extinguishing noise that made my flesh tingle, triggering off a constant flow of black pus from my nose.

It wasn’t till I was much older that I was let out of the house. And so I hid in he broom cupboard – it was quiet, dark and I could hear everything that was going on in the kitchen.

Drained of all his senses. 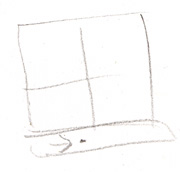 We stopped at the gate.

It is apparent to me, sir, that you are an uncontrollable rogue with less sense of honour than a destitute barbarian. In other words, sir, you are an inbred sort of pestilence that I could willingly dispatch with a thrust of my rapier into your foul, cold-blooded, evil-smelling heart!

It’s in the fridge.

It’s cousin Willie all the way from Spitzbergen on leave. Why hello, Willie. How well you’re looking. 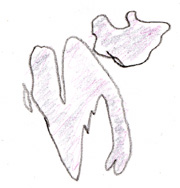 Meat. A good half pound. Plenty of good fat on it mind.

Here, Canthrey, what does expatiate mean?

When you tell him keep both your hands behind your back. After he’s heard bring them round the front and do this with them. If he still doesn’t understand – ring me back.

If you wait till later it will be too late – I’m telling you. Oh I know you’ve no savings to speak of, but think what you’ll save this way.

A dragnet of grime. Twopence for a tiny fish. And not before time. Let’s waste a few more precious envelopes.

Let fall and slip away. My dearest one, my only cowslip, your omnivorous appetites must be supported and I, my sweet, must know how to drape your innocent little feelings with finely woven strands of solace.

A partridge? You’ve got a nerve!

After she came back he was like a different man – so cautious, so thoughtful. Some reckoned it was because of the accident. That he’d had time to rethink his entire approach. Oh no! not the sugar tongs!

Burst into action. A sight for sore eyes. Boots scrunching – arms all over – and finally – well we left them to it.

Of course, you didn’t know that Scottie was expected did you?

For fifteen long miles over rough and rugged country I have battled to wish you a happy anniversary. I rose at six to be here on time. And now you tell me that there is nothing to be eaten in the whole house. Shame on you Fitzgarrett!

Your breath smells like a brewery. Are you sure you’ve been at a Save The Sedge-Grass meeting? 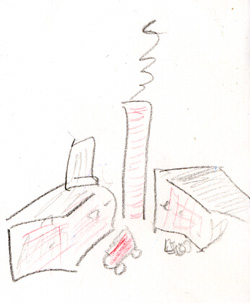 Baltimore. When I was seventeen.

We spent a weekend in Stavitz. The two of us. Somehow it was as if we were separated from the rest of the world. Even our daily routine – 3 hours bath in the morning – followed by 2 hours spent crushing beans with our feet – 5 hours gymnastics and finally 3 hours playing hopscotch on the ceiling.

Suppose that you were in the haberdasher’s place. How would you act before the undertaker’s son?

I’ve never known a room so full. Everyone from the society must be in here.

It’s not asking much. Just a helping hand – a push from behind. We’re not asking for the moon.

A blend of lactic devices smoothed over and transparent, suffering from many long days in the cold, cold abattoir.

I bring you the red lips of a Mongol emperor, prised from his mouth while he slept the sleep of a thousand sleeps. Here, perhaps they would look best on the satchel that your son uses to carry his books to and from school.

My master had been talking to me, but I was all together fascinated by the shape of the ashes in the ashtray. They seemed like a map of my early childhood. Though, of course, how could ashes represent something like that?

This entry was posted in prose and tagged fool's gold. Bookmark the permalink.

1 Response to Fool’s Gold Part I