go seek it on the mountain

Last year it was the Lake District the year before the French Alps. This year’s mountain shots are from Greece. First of all the view from my room at a guest house in Makrinitsa. We are looking down on Volos and the Pagasetic Gulf. Mount Pelion on whose lower slopes I frolicked for a few days is mythically the holiday resort of the gods from Mount Olympus and it was the home of the centaurs. When I left I walked down to the city station through the hamlet that’s on the left of the photo via a little-used path.

This next shot is a shift to the left and is taken fairly early in the morning from the balcony below the room I was in. On the left in this shot is the neighbouring village of Portaria and I became very familiar with the 3 or 4 kilometre walk between the 2 villages. This view makes me think of a line in a song I wrote last year which is set in Greece.

the sea stretches blue
and mingles with the sky

Later on I tested my mettle in the region of the mighty Mount Olympus home of the gods itself and walked from Litochoro to the ruined Agios Dionysios Monastery and back which probably wasn’t a good idea in the July heat. You’ve already guessed that I survived but when I got back to Litochoro my hands were so swollen you could barely see my knuckles and my feet and ankles were in a similar state. This is a view up to the top of the mountain taken not that far from the town. 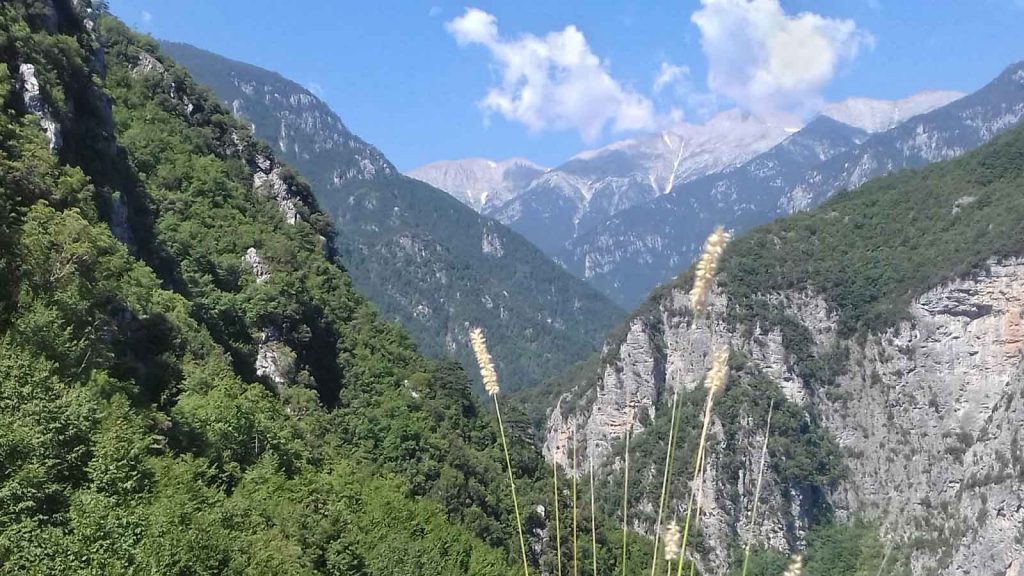 Finally somewhere along the way there are gorges within gorges and they’re all gorgeous. 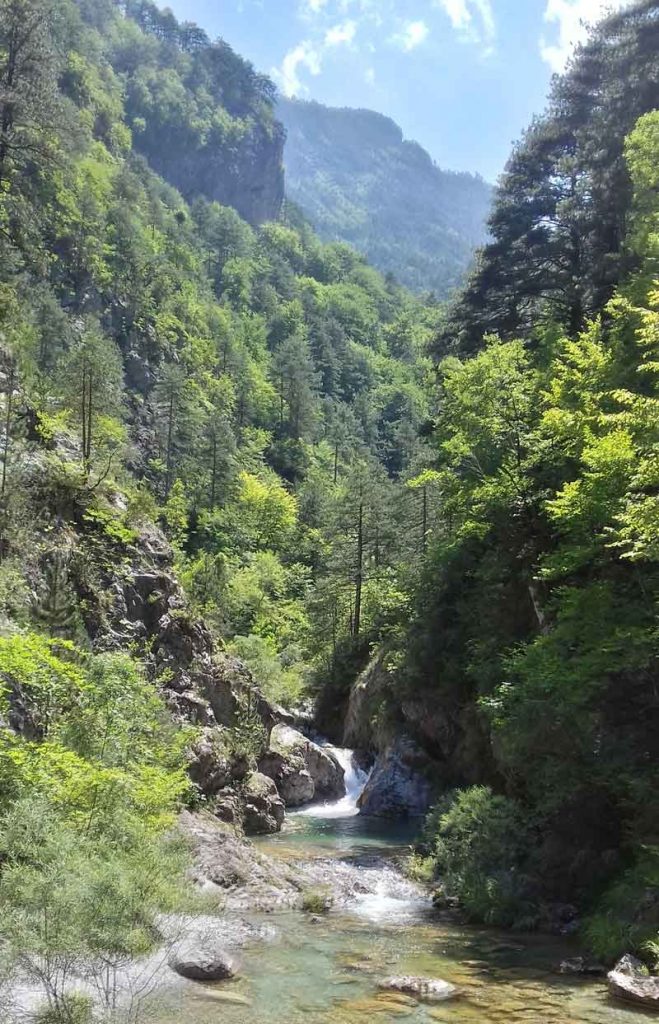