Sometime back in the 1990s I was browsing in the second-hand bookshop Bookmark in Falmouth. I came across a book that interested me and for a couple of quid I bought it. Here’s a scan of the cover. 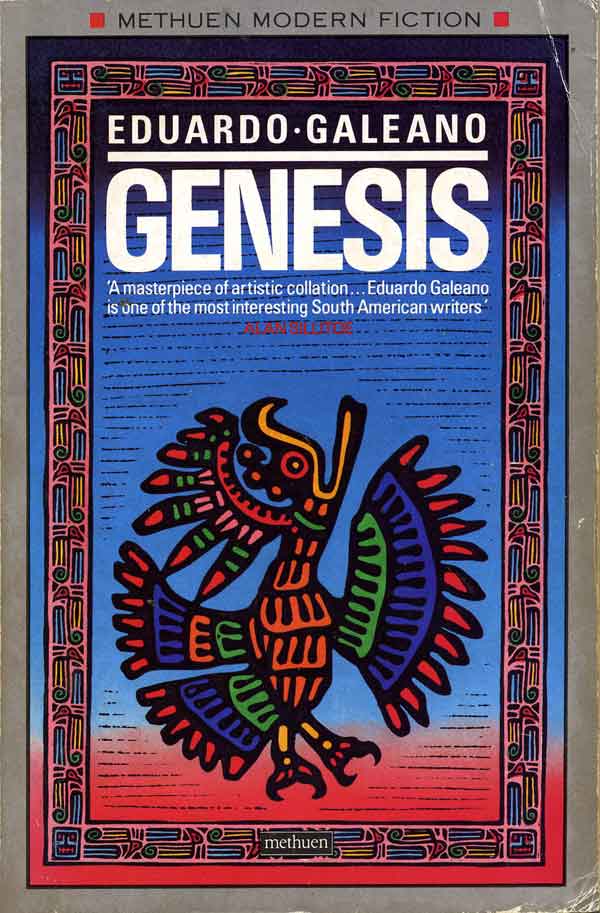 Genesis is the first book of a trilogy Memories of Fire by Eduardo Galeano which tells the history of Latin America in a series of short pieces in a way which defies categorisation. As the author puts it in his preface,

I don’t know to what literary form this voice of voices belongs. Memory of Fire is not an anthology, clearly not; but I don’t know if it is a novel or essay or epic poem or testament or chronicle or… Deciding robs me of no sleep. I do not believe in the frontiers that, according to literature’s customs officers, separate the forms.

I looked out for the other volumes in various second-hand bookshops but with no success. So I bought the 2nd volume, Faces & Masks on the web. By the look of it I’d say it was a new copy. Again here’s the cover. 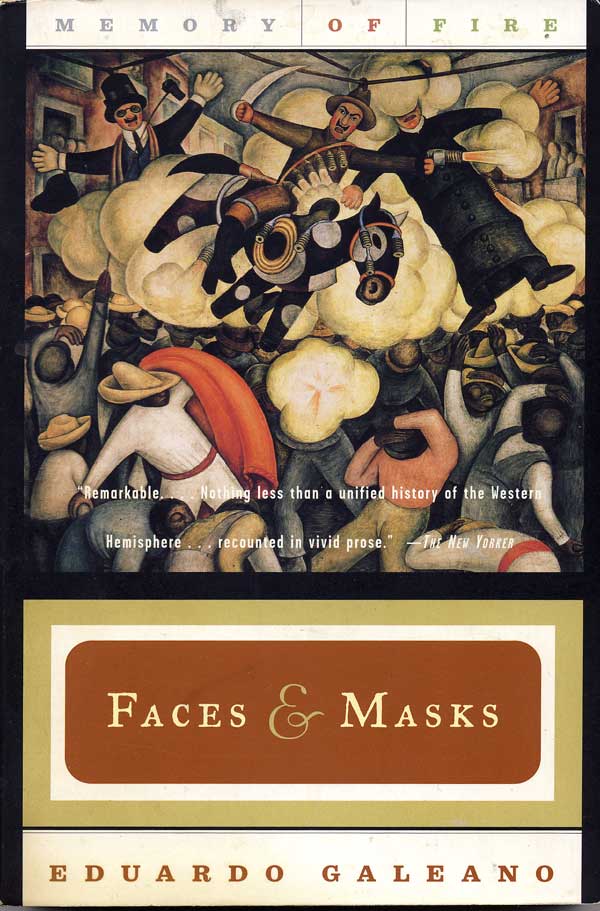 The 1st volume had been published by Methuen (UK Version) and my copy dated to a 1987 publishing date. This 2nd volume bought new was published by WW Norton and company and came out in 1998, by agreement with Pantheon Books. Finally came my purchase of the 3rd volume Century of the Wind again bought on the web but this time a 2nd hand copy from Pantheon’s 1988 publication. Here’s the cover of that. 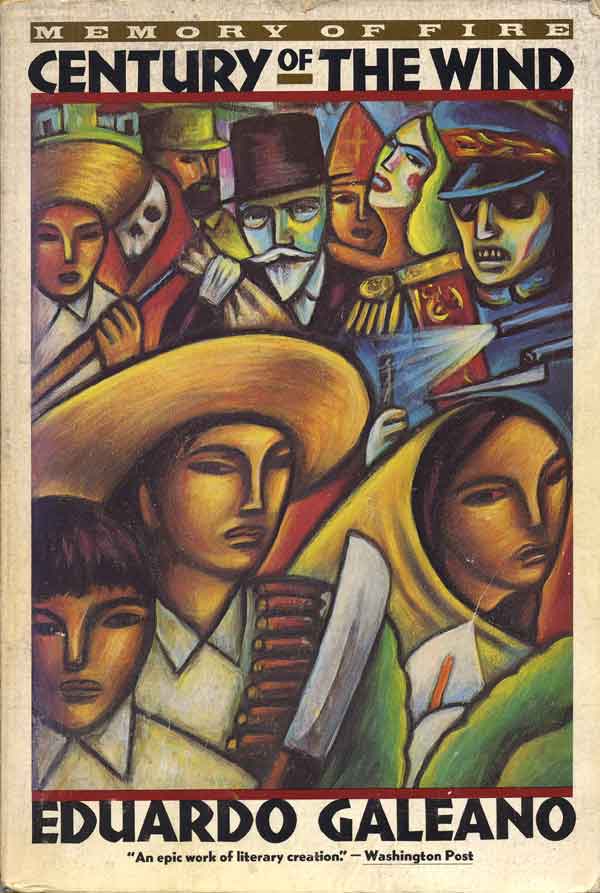 So Galeano became my favourite living writer. I haven’t got all of his books but there again I’m not dead yet. Unfortunately death did come for Galeano in 2015 but his last book Hunter of Stories has just been published in the UK and I have my copy though I haven’t started reading it yet. I expect to finish it before the end of the year. It won’t take long once I get started. Reads itself really. Nation Books has published this one and happily they seem to have taken on most of Galeano’s oeuvre. Finally here is a comment from Naomi Klein on the new book, taken from Nation’s website.

This is Galeano’s parting gift, arriving to us, like a message from another dimension, from beyond the grave. It is more generous, wise, and wonderful than I dared hope.

This entry was posted in literature, quotations and tagged eduardo galeano, naomi klein. Bookmark the permalink.