I’m reading a biography of Kurt Weill by Ronald Taylor and when I reached the subject of hyper-inflation of the German currency during the early 1920s it gave me the idea to resurrect my stamps series. Desiring to keep it simple I won’t go into the possiblities of how the severe reparations of the Treaty of Versailles led to the rise of Nazism and any parallels between then and the world today. Here’s an excerpt from the book –

The urban middle classes, traditional exemplars of thrift and custodians of family welfare, who regarded themselves as the most loyal and stable elements in society, had their savings wiped out. They were powerless victims of forces over which they had no control, and they knew it. Mark values were becoming increasingly meaningless, and only goods, property or foreign currency provided a basis for setting real prices and values. With inflation at its height, a day’s work would earn a factory worker a pound of margarine, six weeks’ wages would buy him a pair of boots, and twenty weeks’ wages, a suit.

Let’s start with the simple 15 pfennig stamp. A reasonable amount to pay for a letter or postcard one would imagine back in 1920. There were 100 pfennigs in a mark. 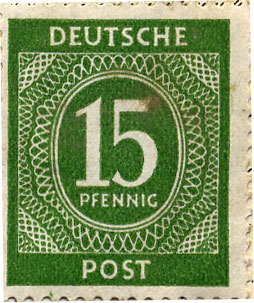 Now a series which depicts the early days of inflation. 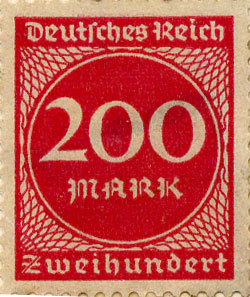 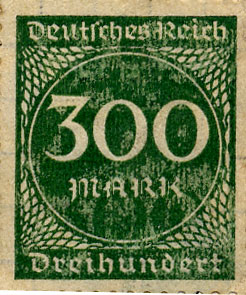 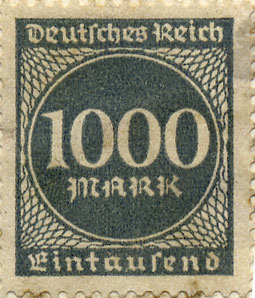 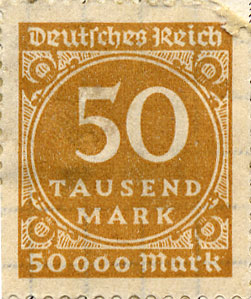 Obviously it got to a stage when as soon as a stamp was printed it was redundant. So new amounts were printed on top of the out-dated ones. 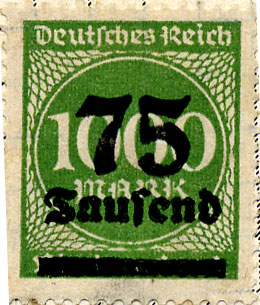 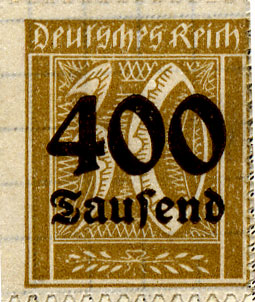 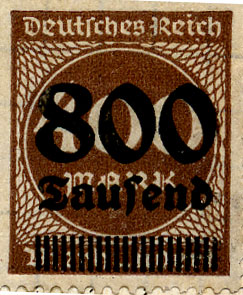 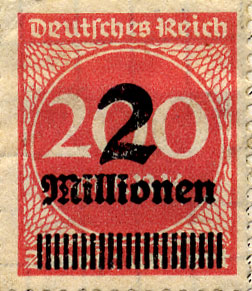 And finally we work up to the half a billion stamp that is the latest one I have. 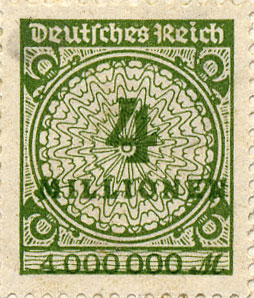 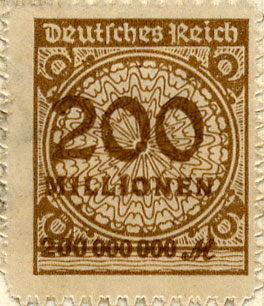 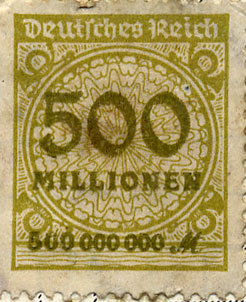