I’m in the middle of reading William Tecumseh Sherman‘s Memoirs Volume 1 and it put me in mind of the cards we used to get as kids in the early 60s. I think they were from bubblegum packets. They were pretty brutal pictures and it seems amazing now that something like that could be given away with sweets, though they were educational in a growing up sort of way. There was another series about a Martian invasion. I particularly remember one of the pictures being of a boy watching in horror as his dog is burnt to death by the raygun of a Martian.

Some time ago I found some of the American Civil War pictures on the internet and thanks to whoever put those up. I’ve selected a few of the images to show you what I’m talking about. Look away if you’re squeamish. 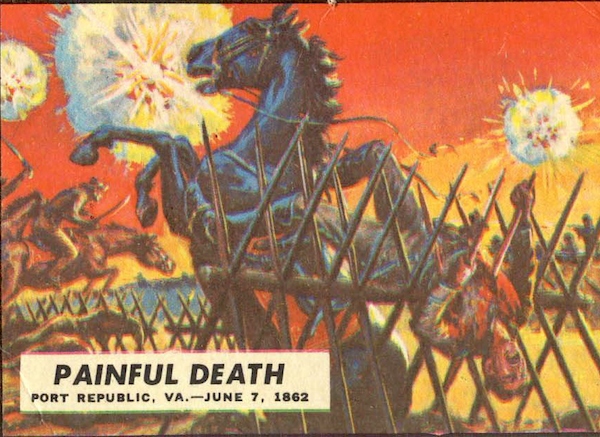 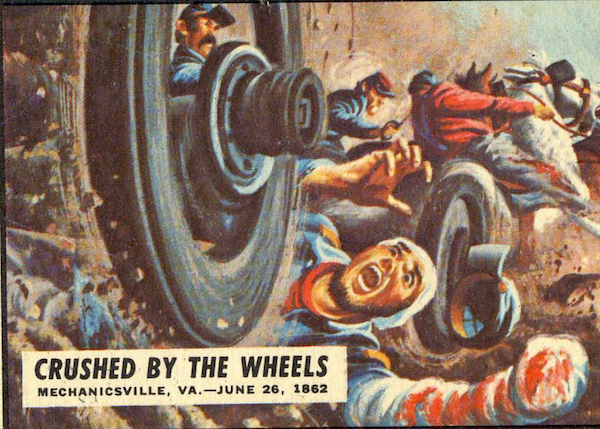 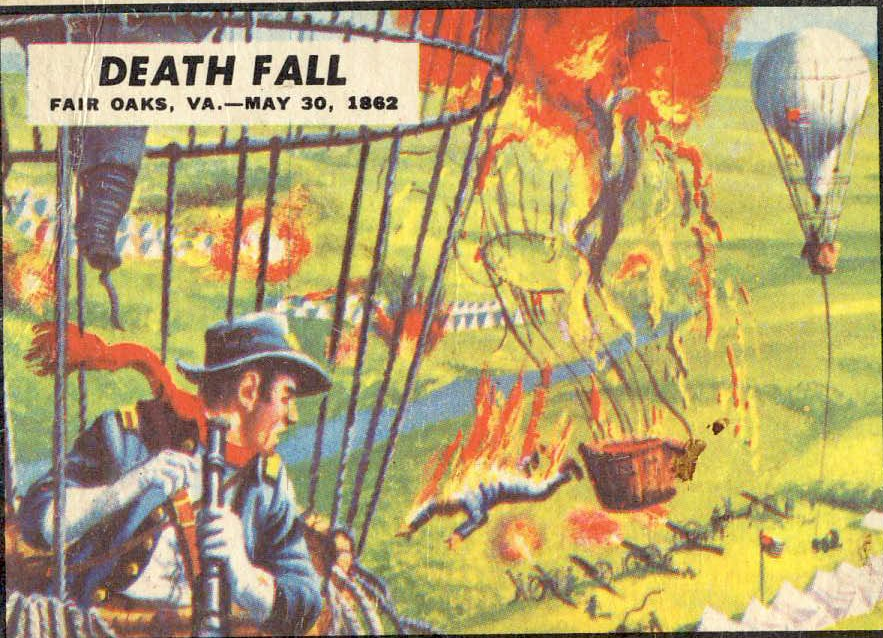 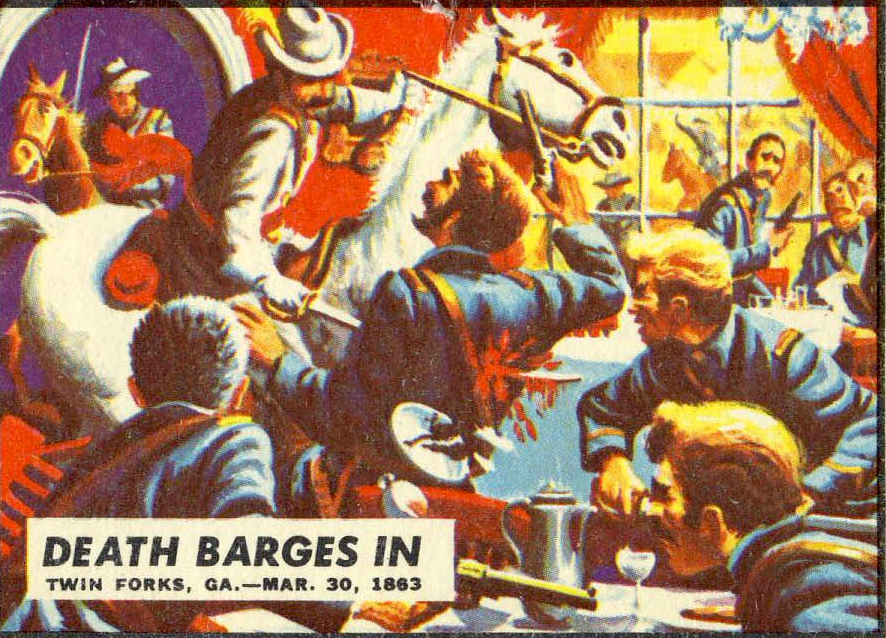 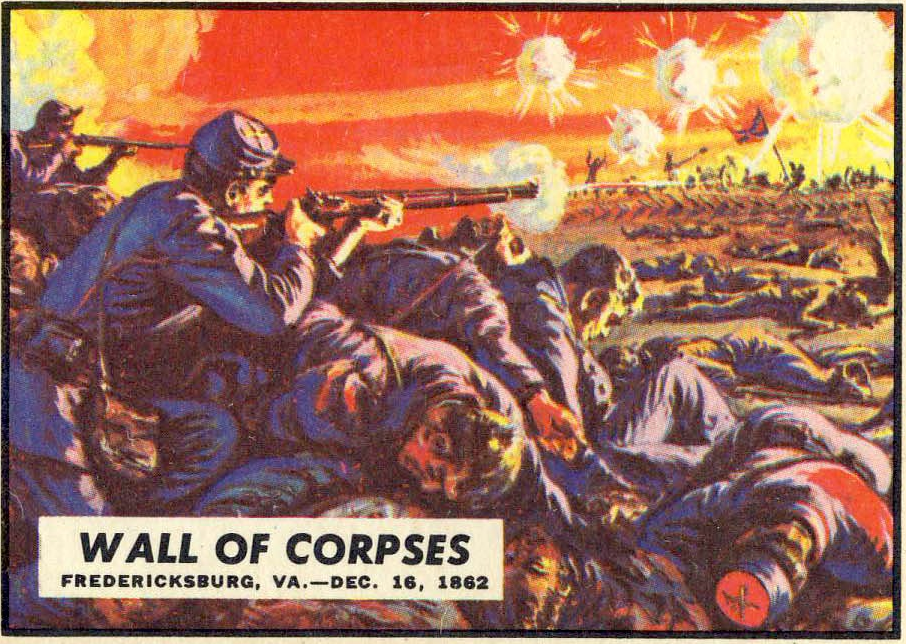 Sherman’s account does not dwell on such lurid details. Commanding officers cannot afford to be squeamish. For him it was a job that had to be done and his only interest was to make sure that it was done as well as he possibly could. Here is an excerpt from his account of the battle of Shiloh.

Then arose the severest musketry-fire I ever heard, and lasted some
twenty minutes, when this splendid regiment had to fall back. This
green point of timber is about five hundred yards east of Shiloh
meeting-home, and it was evident here was to be the struggle. The
enemy could also be seen forming his lines to the south. General
McClernand sending to me for artillery, I detached to him the three
guns of Wood’s battery, with which he speedily drove them back,
and, seeing some others to the rear, I sent one of my staff to
bring them forward, when, by almost providential decree, they
proved to be two twenty-four pound howitzers belonging to
McAlister’s battery, and served as well as guns ever could be.

This was about 2 p.m. The enemy had one battery close by Shiloh,
and another near the Hamburg road, both pouring grape and canister
upon any column of troops that advanced upon the green point of
water-oaks. Willich’s regiment had been repulsed, but a whole
brigade of McCook’s division advanced beautifully, deployed, and
entered this dreaded wood. I ordered my second brigade (then
commanded by Colonel T. Kilby Smith, Colonel Smart being wounded)
to form on its right, and my fourth brigade, Colonel Buckland, on
its right; all to advance abreast with this Kentucky brigade before
mentioned, which I afterward found to be Rousseau’s brigade of
McCook’s division. I gave personal direction to the twenty-four
pounder guns, whose well-directed fire first silenced the enemy’s
guns to the left, and afterward at the Shiloh meeting-house.

Rousseau’s brigade moved in splendid order steadily to the front,
sweeping every thing before it, and at 4 p.m. we stood upon the
ground of our original front line; and the enemy was in full
retreat.