Last year when I created a category which is called crab I pretty much knew right away what the 2nd post in the category would be. And here it is. Another book and another excuse for some more Tintin scans. The Crab With The Golden Claws was the first Adventures of Tintin book to be translated into English and published in the UK. (There I’ve said it.) That was in 1958 and indeed the copy I have has that first publication date though I think probably it was bought in 1960. By 1958 there were 19 possible books to choose from so it makes you wonder why Methuen chose to start with this one. Probably because it was the book that introduced Captain Haddock and they could see that this introduction took the series onto another level.

Here’s the contents of the pockets of a merchant seaman Herbert Dawes by name who was found drowned. There aren’t many deaths in the books and if it happens it’s usually off-scene as in this case. By the way the half crowns are all duds. On the back of the torn label from the tin of crabmeat Dawes has written the name of the boat he works on – Karaboudjan. 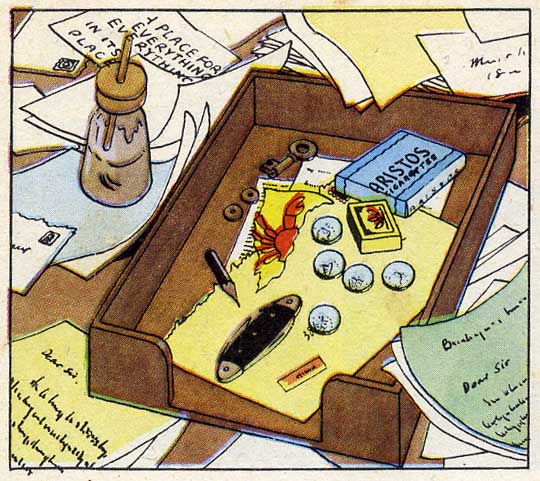 On the left is Lieutenant Delcourt who is in charge of the outpost of Afghar, an excellent commander even though a heavy drinker. To his right stands Ahmed stalwart of the camel patrol corps. 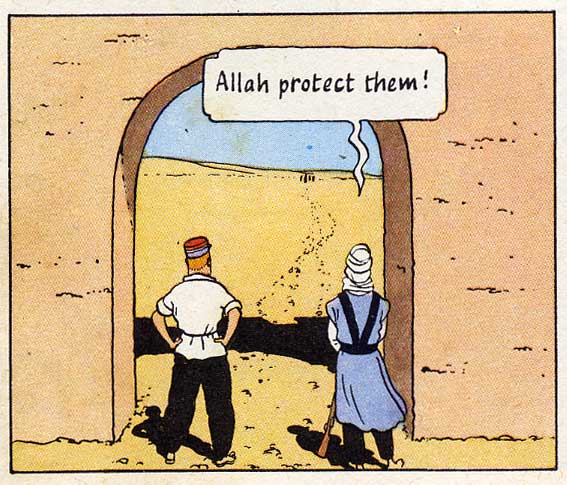 Because of various reasons related to the fact that the book was written during the middle of World War II the story is shorter than other previous ones. This resulted in the creation of some extra frames including 4 unusual full page frames. One of these is below. It illustrates Omar Ben Salaad returning home guided by a servant who from time to time calls out “Make way for the mighty Omar Ben Salaad”. A rich, rich man who owns a magnificent palace, great estates in the south (Spanish Sahara we’re talking about) and even a flying machine. He also wears a couple of golden crab’s claws round his neck. But he is in the sight of indomitable agents of law and justice. We don’t learn of his ultimate fate but I would have thought that great wealth may in the long term have managed to get the better of law and justice in Spanish Sahara in the 1940s. This is going beyond the remit of children’s literature. 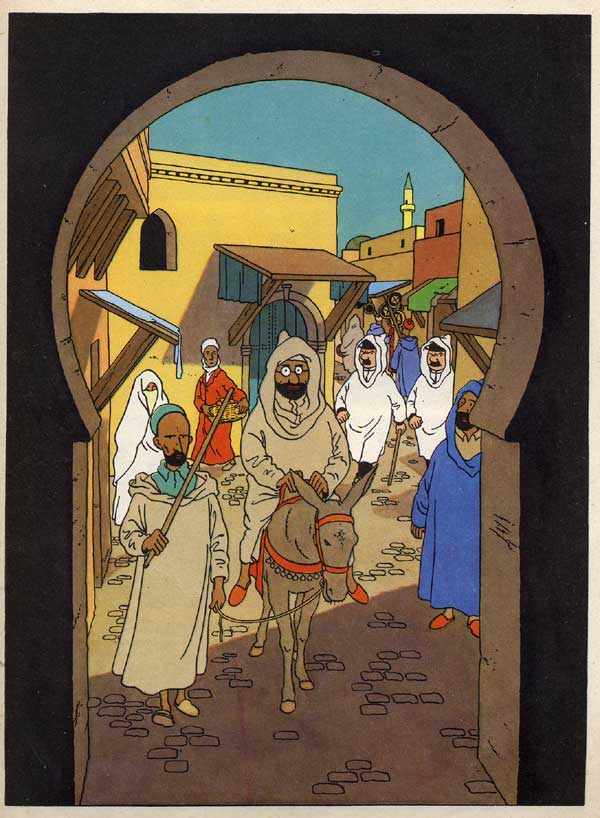