The micromuseum contains many good things. Riches and small mundane objects such as a couple of black and white prints that I instance in this post.

This is an ancestry category sub-section of the ever-increasing slowly circumferencing micromuseum.

The first is centred around a waterfall. A waterfall in Chile. I can’t say for certain but I’d wager my paltry fortune on it as that’s where my grandparents used to live. I can’t identify anyone on this photograph although I may have met some of them. Not many but maybe one or two.

It speaks of the wonder of the photograph. The realisation of what the ultimate image might look like. The nonchalant wave of the arm which was unthinkable in an earlier age of stationary posing.

Might be rather a dull afternoon. But some of our happiest times are dull aren’t they? Dull in the sense of boring that is. I’m not talking about the weather. 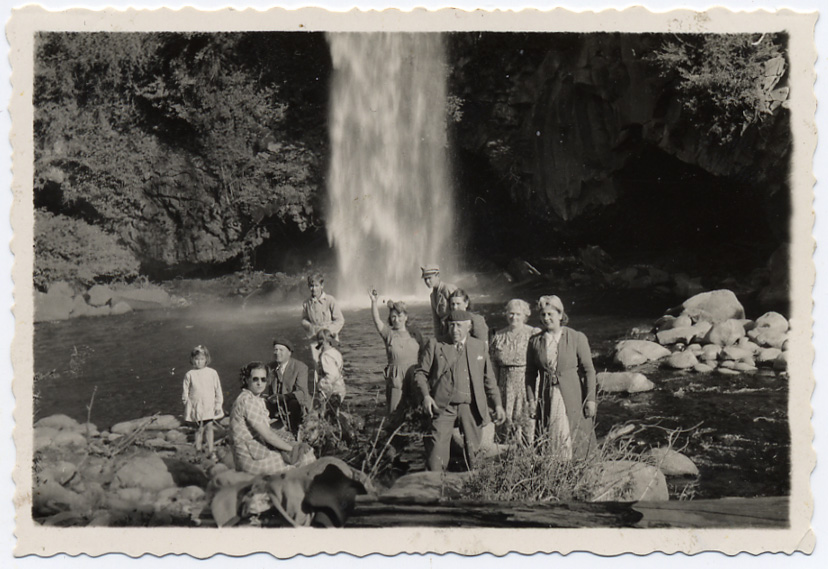 In this 2nd photograph I know that it is my grandmother sitting in the centre. The couple (presumably) who accompany her I do not know but maybe I could find out. Perhaps it’s best not to know. It might lead to trouble. In the long run. I’ve been for a long run and I know the consequences.

I assume my grandfather is a hidden presence in the scene as the taker of the picture. I wonder what he was thinking about. 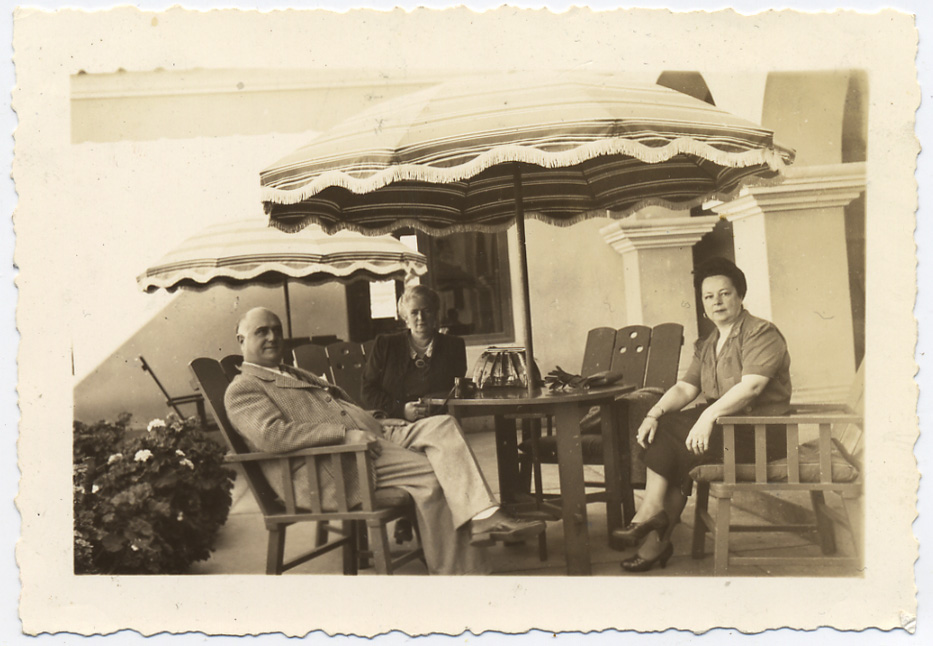 This entry was posted in micromuseum. Bookmark the permalink.