Since 1983 I’ve been keeping track of the books I have read. I can’t remember why I started doing it, but it’s a useful exercise for me for a number of reasons which I don’t intend to divulge at present. As it’s nearly the end of 2012 I thought I would reveal this year’s details with a few appropriate or possibly inappropriate comments.

The II in brackets indicates that this is a 2nd reading. Actually in this case it might be more than 2 since I’ve had the book for a long time, or there again it might have been the 1st time I read the whole book through in 1 go. The principal reason for this re-read was to write something here in the Nonsense category.

I’m a big fan of Strindberg‘s dramas since I saw a student production of Miss Julie back in about 1973, but I’d never read any of his novels. I’m not sure exactly what I think about this book which I downloaded from the Gutenberg Project. I’m inclined to think that Strindberg is a better dramatist than he is a novelist but I will definitely try some of his other novels before being sure about that.

Can’t remember why I re-read this one perhaps I just happened to notice my old Tauchnitz Edition on the bookshelf and thought I needed some Shavian dialectic in my headspace. It relates to the item above in that Strindberg was one of the biggest influences on Shaw’s work. For me it’s not one of his great plays but there again I’ve never seen it staged so can’t properly assess it. Nice fence this isn’t it?

This is the Picador edition which I bought pretty much when it came out in 1978. I have therefore put this down as a re-read. The story is that actually I lost the book and that was probably before I’d finished reading it – I think I may have left it on a train.

The King of the Pirates,     Daniel Defoe

Another Gutenberg download – this is a fairly authentic (in my opinion) imagination of the real life of a pirate in the 17th century. Defoe defies definition.

Beefheart: Through The Eyes of Magic,     John French

John (Drumbo) French is not a great writer and he often comes over as naive not just when he was in his early 20s but also later when he was writing the book, but this is well worth reading if you’re interested in creativity, the act of creation etc. You have to know a bit about the music and its place in the history of music. After reading it I wrote a song which I called ‘fore done because I thought if ever I needed a pun it was then.

I cannot recommend this book which I read as part of a lengthy delve into the world of Franz Kafka. Strindberg’s novel & Neugroschel’s Great Works of Jewish Fantasy both were read in relation to or inspired by Kafka’s Diaries which I actually started to read last year but in effect they took up much of 2012. Similarly with the Kropotkin, the Goethe and the Canetti below.

3 short plays I read for another of my Nonsense category posts.

Having found the short plays section in the library I also read these 3. I think maybe 2013 will be a The Eighth Day re-reading year. I hope so.

Memoirs of a Revolutionist,    Peter Kropotkin

See here for more about this.

The last book of the great writer who died last year. You can club together the last 8 or 9 of his novels together (sometimes known as the London novels) and while they are not necessarily of the calibre to be called great literature I find them engaging and inspiring as a blueprint for creating a work of art which is also a reflection of a life.

To The Wedding,   John Berger

My first introduction to John Berger was in 1972 when his tv series ways of seeing changed the way I thought about things. But for some reason this is the 1st novel of his that I’ve read. It’s short, very powerful and the last few pages are incredibly moving. And yet still I have not rushed out to seek more of his novels – strange?

I bought this 2nd hand as something to take away on a journey. I’ve already read Hibbert’s life of Samuel Johnson so I knew he could write a decent book. It’s a pretty interesting story. As a practitioner of war, Marlborough was probably no worse than Alexander the Great when you take into account the challenges of the age. Julius Caesar would enjoy the sordid details of how you finance, equip and keep motivated an army in the late 17th early 18th centuries.

Another 2nd hand purchase that I couldn’t resist because of its classic design and evocative Osbert Lancaster cover. 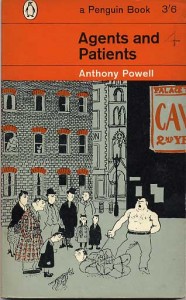 Actually I’ve only read about 10 chapters of this and then there has been a hiatus of several months, but I do intend to read it and will probably have to begin again at the beginning, or at least skip through it as a reminder.

Wow. I think I just found this in a 2nd hand bookshop and it completely bouleversed me. It’s brilliant. Now I want to visit Mount Desert Island in Maine.

I approached this with trepidation because it was a life-changing book for me back in 1968 or 1969 when I first read it. I believe my mother bought it for me as she knew I enjoyed all the short stories in The World Over collection. Recently reading the Isherwood Diaries I have been reminded of the book again. Maugham consulted Isherwood and probably Heard and Huxley as well to get some of the material he used in writing the book. 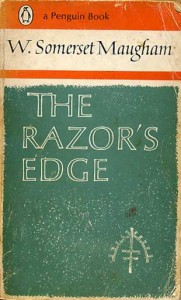 Actually this is on the list but I think I basically got the book down from the shelf and had some brilliant idea about something I was going to do related to it but I can’t remember now what on earth that was. I’m definitely going to re-read it soon though.

Coltrane – the story of a sound,    Ben Ratliff

I’d love to read a full, well-written biography of Coltrane. Probably something like that exists, but this is not it. Nevertheless it’s a decent read and provides much healthy food for thought.

As recommended by Sun Ra.

Iris published 26 novels. I have read most of them twice and some more than that. I don’t rate this as one of her best. Ok so you want to know which ones do I think are her best? Fair enough. Under The Net;A Severed Head;The Unicorn;The Black Prince;The Sea, The Sea;The Good Apprentice and The Message To The Planet. I may be prepared to add more to that list on further re-readings.

Funny that Iris Murdoch should end up next to Elias Canetti. This is a very short book but is probably one of the highlights of the vast domain of Kafka criticism. Maybe best to just stick to this one and the 2 Walter Benjamin essays.

I was excited about finding this book in the Oxfam shop at the top of Park Street in Bristol and paid £8.99 for it. One of the things that really interests me is the clash between primitive societies and more developed ones. The writing isn’t brilliant and I’m not sure about the art, but it’s still a fascinating document.

Awww, she’s so great! I just want to put her on a pedestal.

How to live. How to die. Above all – how to write.

I haven’t finished this one yet. I’m just past the disastrous campaign against the Scots and heading pell-mell towards Rebellion, Civil War and Regicide. This is part of the Pelican History of England series – a recent 5th addition I have of the series of 9. Only about a 3rd of the way through – it’s an interesting age, but this is assuredly not one of the best volumes of the series. Ok so you want to know which ones do I think are the best? Well tough I’m not going to say right now.

The only living creative writer (he’s 72) I really care about. For me he’s an all time great, I love his work. I’ve just started this so can’t really comment. I don’t think I’ll be disappointed.